Placing a Friday night pizza order can be stressful. Becky wants supreme, Jimmy wants pepperoni, and Jenna needs Hawaiian. In the end, after far too much arguing and haggling, people make sacrifices, settle on a pepperoni pizza, and call it a day.

Ironically, ordering pizza for a Little League tournament is easier. The coaches don’t ask each kid what they want. Instead, they place a huge order for fifty cheese pizzas and fifty pepperoni pizzas. Because getting each kid’s opinion is too complicated, it’s necessary to simplify.

When things become more complex, they use more energy. Imagine the headache you’d get trying to keep track of each Little Leaguer’s pizza order. In all areas of society, we grow more complex in subtle and incremental ways. Throughout generations, we don't realize that this growing complexity requires more energy than before.

📪
If you like what you're reading, please consider subscribing. Your subscription fuels me to keep writing :-) 🚀🚀🚀

In the 19th century, Farmer John could get rid of a banana peel by feeding it to the pigs or throwing it in the backyard to decompose.

In the 20th century, factory worker John Jr. would leave empty bottles at his front door. The milkman would drive by, swap John's empties for fresh milk in glass bottles, and move on to the next house on his route. The milkman business introduced complexity: it required cows, bottles, cars, cleaning equipment, etc., all so John Jr. and others could get fresh milk delivered.

In the 21st century, social media manager John III buys a soft drink from a vending machine and tosses the empty plastic bottle in a recycle bin. This is the first step in a long and complicated journey for that bottle to be recycled. It takes janitorial workers, local governments, complex machinery, and a globalized economy to turn that plastic bottle into something else.

We don’t know precisely how a plastic water bottle goes from the recycle bin to the recycling plant. The city collects, sorts, and compacts the bottle with other plastic, and sells it to a broker. Then we don’t know what happens next. It may get sold to a dozen other brokers before it gets sold to a plant that can recycle it. That plant may be domestic or foreign.

Corporations care about the supply chain. They know with remarkable precision how their products come together. They don’t care about the removal chain – for an obvious reason. You get paid to sell stuff; you pay to get rid of stuff.

"Even the people working in waste removal don't really have a clear knowledge or picture of where the stuff goes," says Dr. Dietmar Offenhuber.¹ In his Washington State study, he tracked trash by attaching cellular devices to them.2 The result looks like something Spider-Man would create on psychedelics.

In this study, there is no international data because the cellular devices don't have roaming plans. However, Adam Minter in his book Junkyard Planet helps paint the picture of international waste tracking.

"Then, as now, few American, European, or Japanese scrap-plastics exporters have any idea who recycles the material that they export. Instead, they sell to brokers and other middlemen who sell to Chinese importers, often near ports, who then resell the scrap plastics to small traders of the sort who transport the plastics to Wen’an. Once the plastics arrive in Wen’an, they’re sold again. By the time a bundle of U.S. plastic detergent bottles is bought by the family that will actually separate and recycle it, it’s all but impossible to trace it back to the American families who might have thrown those wrappers, bags, and bottles away.”3

(Note: this was before the Chinese Sword Policy, so this is less relevant today.)

We've reached a level of complexity in which we don't fully understand what is happening with our trash.

It seems silly that all these machines, oil refineries, plants, trucks, ships, and bins exist just so the next generation of Johns can buy soda in a single-use plastic bottle and throw it away wherever they want.

We can continue to make recycling more complex. Or we can simplify it. But those aren't good enough solutions. The easiest way to simplify recycling is to do it less. It seems to me we need to reduce and reuse.

We can continue to make recycling more complex. Or we can focus on the other two R’s: reduce and reuse.

Daniel is building the future of reuse. His last venture, Growly Delivers, delivered local beer in returnable high-tech growlers. What will he do next?

Join the newsletter to receive the latest updates in your inbox.

BIG Plastic Had a Choice Between Glass, Aluminum, and Plastic. They Chose Gaslighting

The plastics industry continues to make the ridiculous argument that the best way to lower carbon emissions is to use MORE plastic. The only way to solve plastic pollution is for MORE recycling. 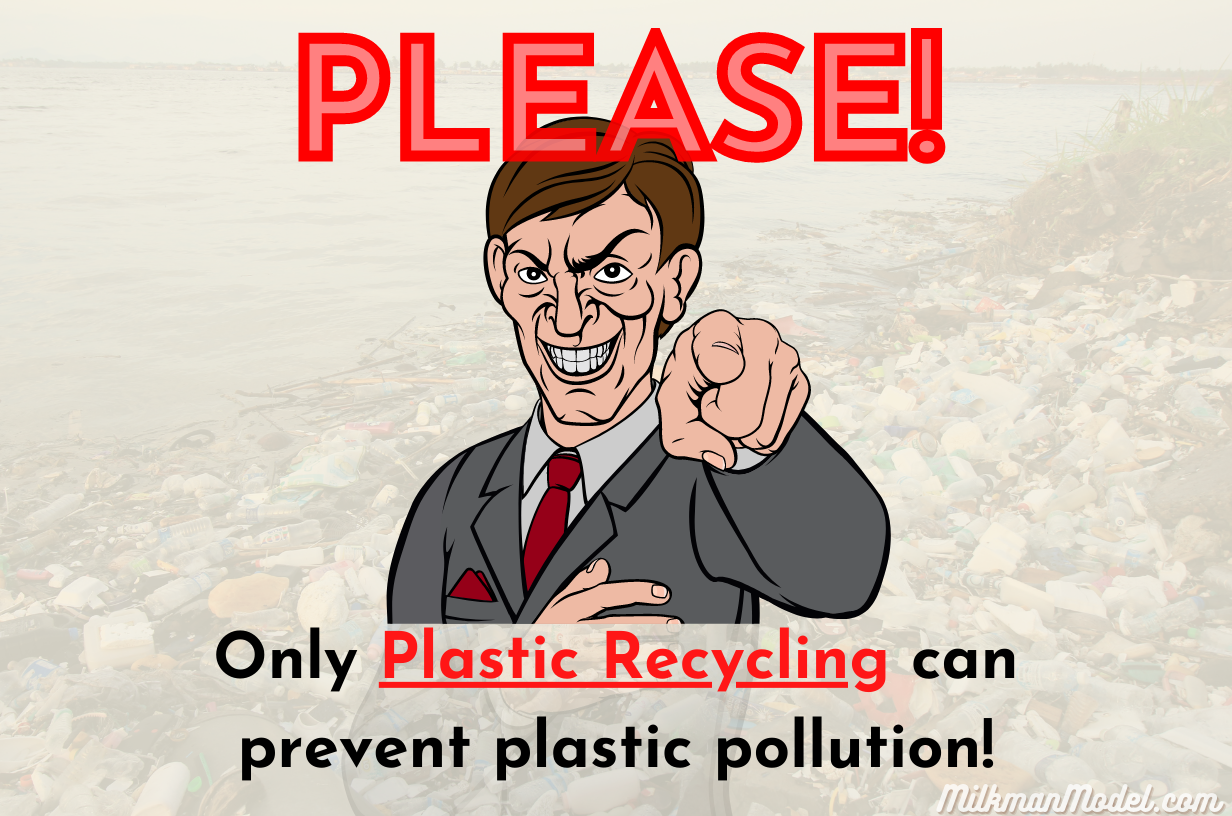 Confused About Reuse, Refill, and the Milkman Model? Allow Me to Help!

Reuse vs refill vs milkman model - what’s the difference? A sustainability professional explains. 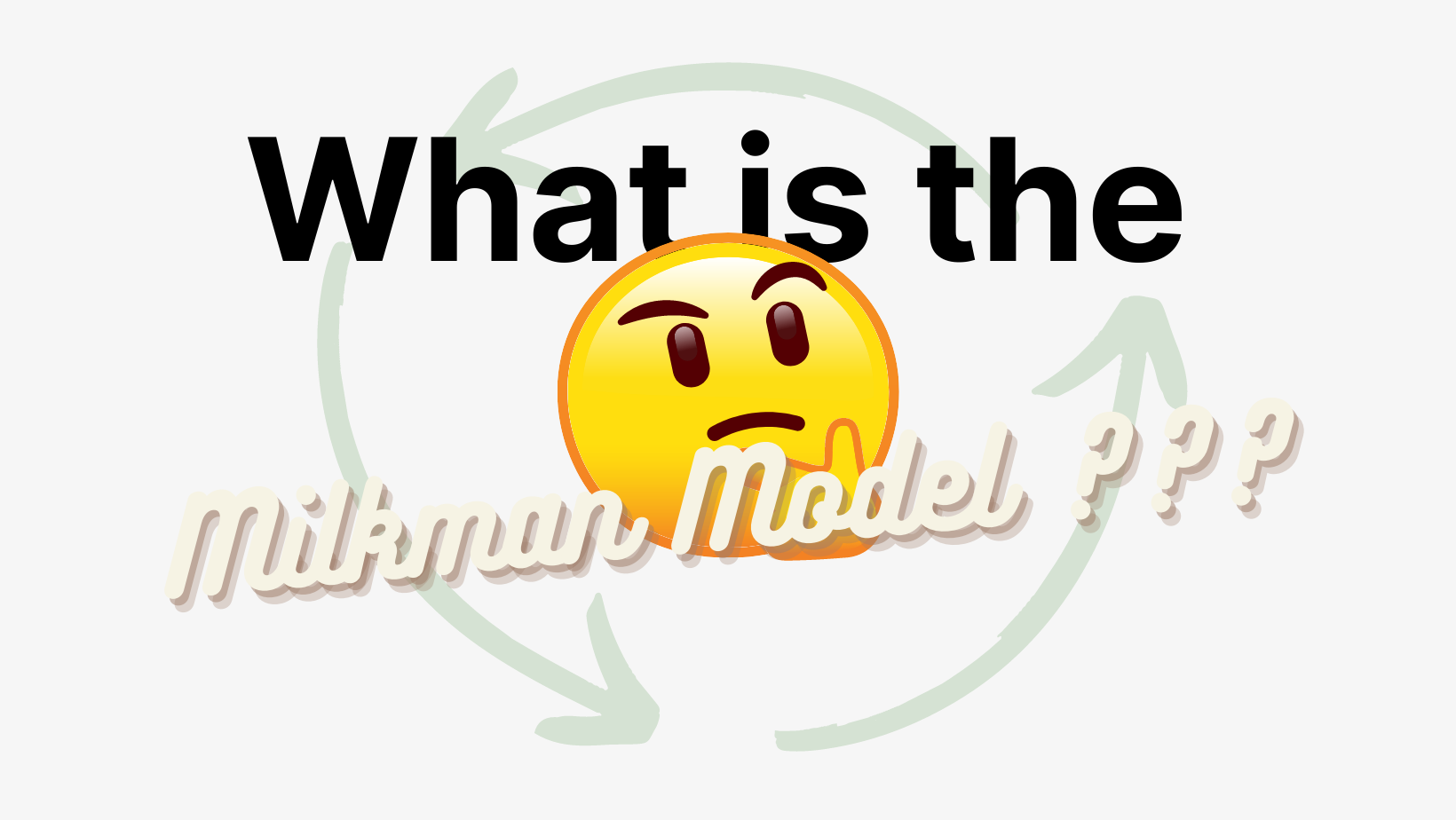 4 Resources You Need to Stay on Top of Reuse, Refill, and the Milkman Model

I’ve found 1147 reuse businesses so you don’t have to. Get some inspiration by clicking around and seeing what reuse innovation is happening all over the world.